Home » Food & Nutrition » Is Canned Chicken Cooked – why is it pink? Understanding Your Protein 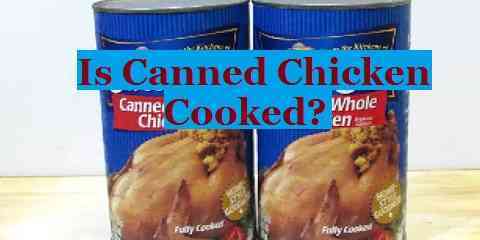 If you ever wonder is canned chicken cooked and whether it is safe for a direct consumption, then the answer is yes. Most people, though, believe that they still need to cook the (canned) chicken again after they let it out of the can. It’s because the meat is generally pink when you open the can. They are afraid that the meat has bacteria and it is still raw. Who wants to eat raw chicken, anyway? So, before you are getting scared of the common belief, there are some facts that you need to know about this fact.

The canned chicken is generally cooked within the can. During the cooking process, chemical reactions may take place, and it leads to the chicken turning pink. Chemical reactions here are the normal reactions between natural chemical elements within the meat and the can, so there is nothing dangerous or harmful here.

You see, the protein in the chicken reacts with air (inside the can) during the cooking process, causing the pinkness. The can is sealed and it lacks of oxygen. This is the reason why the meat is pink.

Once the can is opened, however, the pinkness will go away. You can see it by yourself. As it was mentioned before, this is actually a normal reaction. But, FULLY cooked chicken can sometimes show a pinkish tinge. If you boil chicken in the regular cooking method, you will see that it turns white. Well, it is the same reaction that happens with the canned chicken. 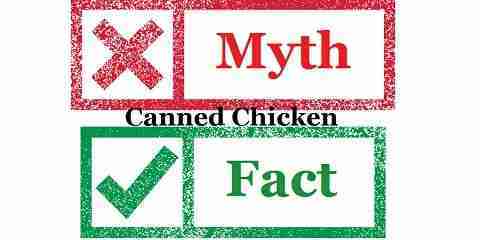 A lot of people believe that the pinkness is caused by the blood in chicken. In reality, there is no blood. Any butchered meat doesn’t have blood as it has been drained completely during slaughter time. If the chicken is still young, the pink reaction is resulted from the calcium from the bones leaching to the meat.

In other meats (like beef), the red stuff that you think is blood is basically protein-enriched liquid. If you let the meat rest, the meat will re-absorb the liquid. That’s why the meat will be juicy. If you don’t rest the meat, be ready to find a pool of (red) liquid on the plate whenever you cut the meat. 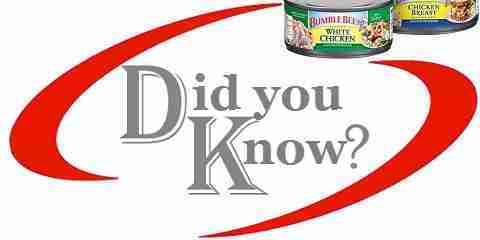 Do you know some of these things?

So, now that you already know the answer to a common question of is canned chicken cooked or raw, then you no need to worry about your consumption.